Inspired by the works of Paul Curtis (a reverse graffiti pioneer), South African student Martin Pace decided to “scrub” the walls of his own town. While others have used giant stencils and high-pressure water hoses to “wash” reverse images onto, or technically off of their canvases, Pace decided to use a metal scrubbing brush on his first project – a filthy freeway wall. The result was a charming pictorial timeline of Westville’s (the town where the wall is) architecture.

Pace eventually formed a gang of reverse taggers with his friends Stathi Kongianos, JP Jordaan and Nick Ferreira called Dutch Ink. The bands triumphs include a beautiful mural of trees on a Durban North wall as well as a giant “Sardine Run” (featuring a school of stencilled fish) swimming across a city bridge.

The best thing about reverse graffiti is that it’s not illegal! Think about it – you can’t really arrest someone for cleaning up city surfaces. Of this fact, Pace said, “That’s the beauty of the whole project. We have had council guys in police cars stop us in the middle of the day while we are working and asking us if we have been commissioned to do this and when we answered no, they gave us thumbs up and said keep doing what you are doing.

A-List: A South African Graffiti Artist with a Penchant for Politics ...

Falko Starr is kind of like the Banksy of South Africa — he creates colorful, imaginative and politically inspired street art that adorns sidewalks and buildings — not museum walls.

What’s so interesting about Falko’s work is that it echoes South Africa’s politics and history. He believes that graffiti in Cape Town started as a social cause and emerged out of the sprawling Cape flats, where non-whites were relocated during the apartheid. Falko explains, “a lot of graffiti then had a little political connotation in it. We kind of all just made it up. We were just doing it out of social cause, trying to make a change in our society because it was still apartheid then.” 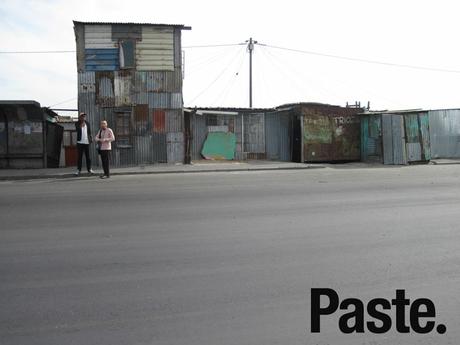